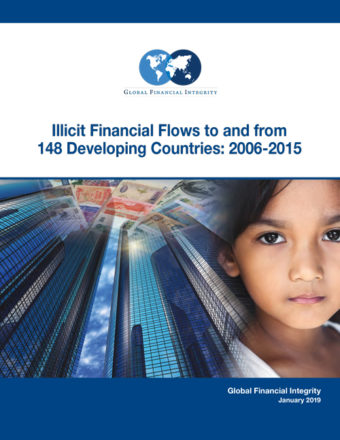 Using Comtrade data, Global Financial Integrity estimated that in 2015, 21.7% of global trade between 148 developing countries and 36 advanced economies constituted illicit financial flows (IFFs), and in particular examined the portion of IFFs attributable to trade misinvoicing. GFI further found that 18% of that 21.7% was attributable to trade misinvoicing, a method for moving money illicitly across borders which involves the deliberate falsification of the value, volume, and/or type of commodity in an international commercial transaction of goods or services by at least one party to the transaction. By analyzing developing country trade with advanced economies, GFI was able to estimate the amount of trade misinvoicing, including illicit in- and out-flows, for the world in 2015.