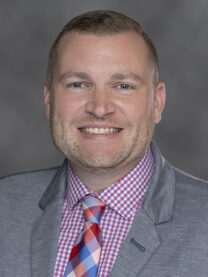 Russell Bennett is the Finance Director at Global Financial Integrity. Prior to joining GFI, Russell worked in government, politics, and nonprofit fundraising in his home state of Indiana. He held positions as Technology and Publications Coordinator for the Indiana Senate Democratic Caucus, Campaign Director for the Indiana Senate Democratic Campaign Committee in 2008 and as Development Director for the Phoenix Theatre Indianapolis before moving to the DC area in 2013.

Russell has a Master in Business Administration from Butler University and a Bachelor of Science in Political Science from Ball State University. In his free time he spoils his two dogs, Jack and Oscar, and spends as much time as he can with his nephew and nieces. He also loves traveling the world and has been to 38 countries and counting.