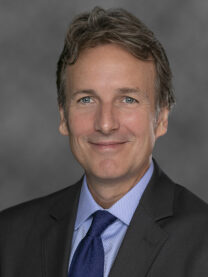 Rick Rowden is a Senior Economist at Global Financial Integrity, focusing on identifying illicit financial flows (IFFs) in bilateral trade. Prior to joining GFI, he worked for several international development NGOs, including ActionAid, the United Nations Conference on Trade and Development (UNCTAD) in Geneva, and lectured in Global Studies at California State University, Monterey Bay (CSUMB) and Political Science at Golden Gate University in San Francisco. He has also worked as a consultant on development policy for many international NGOs and UN agencies, including the United Nations Development Program (UNDP) and the World Health Organization (WHO).

He has an Master of Arts and Bachelor of Arts in International Relations from San Francisco State University and received his PhD from the Centre for Economic Studies and Planning at Jawaharlal Nehru University (JNU) in New Delhi, India, where he focused on India-Africa economic relations from a development economics perspective.