An anonymous shell company is a corporate entity that has disguised its ownership in order to operate without scrutiny from law enforcement or the public. These “phantom firms” can open bank accounts and wire money like any other company, making them a favorite tool for money launderers to hide their business and assets from authorities. They have facilitated crimes ranging from Medicare fraud in the United States to illegal logging in Africa to corruption in Malaysia. 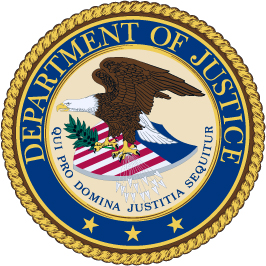 “Shells are the No. 1 vehicle for laundering illicit money and criminal proceeds.”-Lanny A. Breuer, Asst. U.S. Attorney General, 2012

For all people and companies, knowing with whom you are doing business enables good actors to make informed decisions about a deal or transaction, making it easier to manage potential risk.

For law enforcement, knowing who is controlling companies prevents bad actors from maintaining plausible deniability and operating with impunity.

How Do Anonymous Companies Work?

At first glance, it might seem pretty easy to find information about the individuals controlling a company. Many companies list names and phone numbers for its executives, staff, or board of directors on their website or in official documents, because they want customers to see the company as open and accountable. But the people running a phantom firm don’t want to be found and instead operate in the shadows—they don’t have websites and provide a limited paper trail.

The forms filled out when a company is created are often the only public proof of a phantom firm’s existence, and those documents rarely contain enough information to track down the individuals controlling the firm. Even when they do, this information can be misleading. Companies can list “nominee” shareholders or board members with no visible relation to the actual owner—for instance, a lawyer or a distant relative, or people that can be hired specifically to allow their names to fill in the blanks on these forms. They can also list other anonymous companies or trusts in order to make it more difficult to track down the actual owner. The true owners or people in control of the company are often known to no one in the outside world other than—possibly—a law firm or incorporation agent.

Once created, anonymous shell companies do little or no actual business. Instead, they often exist and function entirely on paper, opening bank accounts and owning assets without ever revealing the name of the true person benefiting from its conduct, whether licit or illicit.

Where Can You Create an Anonymous Company? 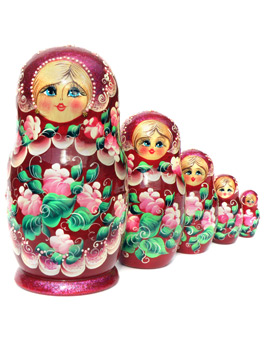 “Beneficial owner” (BO) is the technical term for the real people who ultimately own or control a company, even if there are layers of companies in between that “own” the next company down the chain.

Although the secrecy that phantom firms provide often invokes images of small, far-away island havens, you can easily create one in almost every jurisdiction in the world. This includes every state in the United States. In fact, a 2012 study found that the United States was the second easiest place in the world for criminals to incorporate an anonymous shell company for clearly illegal activities, behind only Kenya. A 2019 report by GFI found that, at the time, one had to provide more personal information to open a library card than to start a company.

How Can We Eliminate Anonymous Companies?

All companies should be required to disclose their ultimate, human, beneficial owner(s) when they are created, and this information should be listed in a central registry. Ideally, these registries should be freely available to the public, rather than just to law enforcement so that everyone has the ability to know with whom they are doing business.

What is Being Done to Eliminate Anonymous Companies?

In recent years the United States has taken concrete steps towards improving financial transparency. In 2021 the United States enacted the Corporate Transparency Act (CTA). This law requires all U.S. companies, and companies registered to do business in the United States, to disclose their beneficial owner to the Financial Crimes Enforcement Network (FinCEN). FinCEN, the U.S. Treasury Department’s financial crime-fighting agency, is continuing its work to implement this legislation including creating a registry where BO information will be collected. While this registry will not be made available to the public – which GFI believes is an important next step – law enforcement will now have the ability to track owners of companies if necessary. FinCEN recently asked the public for comments from organizations such as GFI on an Advanced Notice of Proposed Rulemaking regarding the CTA. GFI supported the Financial Accountability and Corporate Transparency (FACT) Coalition in the submission of this Comment, which can be found here.

Being able to identify the actual owner of a company allows law enforcement to track the flow of money and prevent illicit money from entering an economy and blocks criminals from being able to hide, launder, and use illicit proceeds. Robust and public beneficial ownership registries are critical to ending illicit financial flows and money laundering.