The members of the Economic Advisory Council serve in a volunteer capacity to advise GFI on data sources, analytical methodologies, outcomes, impacts, and presentations surrounding the broad subjects of illicit financial flows and the global shadow financial system. 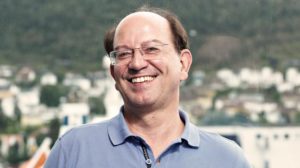 Dr. Fjeldstad is a Research Professor and Coordinator on Tax and Public Finance for the Chr. Michelsen Institute, a Norwegian independent development research institute that works to shape global developments and generate knowledge on issues of poverty, human rights and sustainable social development. He is also a Senior Fellow at the International Centre for Tax and Development, working on issues of public sector reforms, mainly related to taxation and revenue administration; including tax evasion, fiscal corruption, capital flight, intergovernmental fiscal relations, and local government tax reform.

Previously, he has worked as an advisor for several African governments on public financial management, and has worked as consultant for bilateral and multilateral development organizations, including DfID, Norad, the Norwegian Ministry of Foreign Affairs, OECD, IFC and the World Bank.

He holds a Ph.D. in Economics from the Norwegian School of Economics and Business Administration. 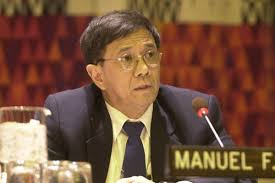 Senior Advisor on Finance and Development, South Centre to the United Nations

Dr. Montes is a Senior Advisor on Finance and Development at the South Centre to the United Nations, an intergovernmental policy research think-tank that works to help developing countries effectively participate in international negotiating processes related to the achievement of the Sustainable Development Goals (SDGs). 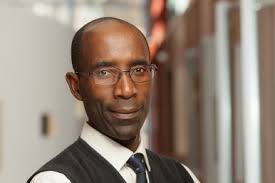 Mr. Ndikumana is the Professor and Chair of the Economics Department, and Director of the Africa Policy Program at the Political Economy Research Institute (PERI) at the University of Massachusetts Amherst. He is also a member of the Independent Commission for the Reform of International Corporate Taxation. He has previously served as member of the United Nations Committee on Development Policy, Director of Operational Policies and Director of Research at the African Development Bank, Chief of Macroeconomic Analysis at the United Nations Economic Commission for Africa (UNECA). He is an Honorary Professor of Economics to the University of Cape Town and the University of Stellenbosch in South Africa.

Mr. Ndikumana holds a Ph.D. and an M.A. in Economics from Washington University and a B.A. in Economics with Distinction from the University of Burundi. His research interests focus on capital flight from sub-Saharan Africa, macroeconomics policies in African countries, foreign aid and development in Africa, and the economics and politics of conflicts and civil wars in Africa. He has written extensively on issues related to illicit financial flows. 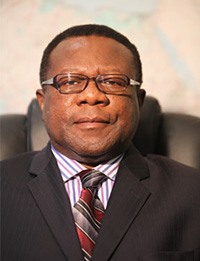 Prof. Nnadozie serves as the Executive Secretary to the African Capacity Building Foundation, the African Union’s Specialized Agency for Capacity Development. Previously, he served as Director, Macroeconomic Policy Division and as the Chief Economist and Director, Economic Development and NEPAD Division at the United Nations Economics Commission for Africa. He was also a Professor of Economics to Truman State University from 1989-2004.

Prof. Nnadozie holds a Ph.D. in Economics from the Sorbonne in Paris.

Dr. Singh is a Senior Fellow at the National Council of Applied Economic Research in India. His research focuses on macroeconomic analysis, growth and development issues and applied econometrics, among others. He has written extensively on monetary policy and economics in India, authoring over 40 articles and contributing to book chapters, reports and conference papers in international journals.

He holds a Ph.D. in Economics from Australian National University, an M.B.A. from R.A. Poddar Institute of Management in India and a B.Tech. from the Indian School of Mines in Dhanbad, India.